The Age of the Viking Exhibition in Tallinn 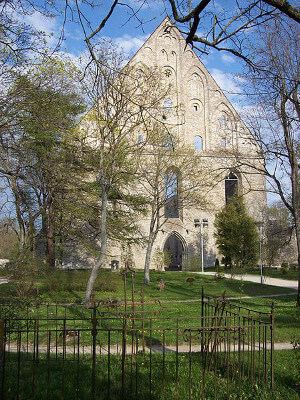 A highlight of the late Tallinn summer is the Birgitta Music Festival.

Find the time on a sweet August evening by the sea, to enjoy fine music by dimly lit torches, at the charming Pirita monastery and St Bridget’s Convent Ruins.

Held yearly since 2005, the festival consists of a variety of genres of music by performers from around the world.  Musical theater of modern times compared to the darkness of medieval times represented by St Bridget’s will be experienced.  Contemporary dancers, classic opera, oratorios, musical comedians and ballet will be demonstrated.

Subtitles will be available.

There will be cover from sun and rain.

A 3-course dinner and an a la carte menu will be available before the performances.

Dessert will be during intermission.  Doors open at 5pm.

St. Bridget’s Convent – Pirita Convent is from the 15th century and was built by merchants who used it as a trade base for transporting goods from east to west. It was destroyed by the Russian army in early 1575.  In the 1930’s a potato field took over a large part of the land.  Then in 1934, excavations brought up many artifacts.  2001 was the inauguration of the new St Bridget convent.

The Age of the Viking Exhibition in Tallinn