We are going to learn how to throw axes, knives and other kinds of weapons, how to shoot from bow and cross-bow, and have a lot of fun during our special workshop in Tallinn! Real professional Estonian Vikings of the 21st century will be our shooting instructors.

We will get to know about life and traditions of Vikings, remember the famous episodes from their military expeditions, and talk about the world of Viking gods.

So who were the Vikings? Those were stern men, warriors, who used to live along the coasts of the Baltic countries and Scandinavia. The goal of a Viking’s life was military expeditions on ‘dragon-boats’, and in such an expedition one has to be strong, brave, sturdy and able to eat and drink a lot, as well as to impress foreign ladies with his physical power and bravery.

Weapons skill was an essential thing for a Viking, just like for any medieval warrior. This referred to the sword, bow, cross-bow, axe, mace, knife, spear and many other kind of cold and throwing weapons.

Sharp shoots from bows and cross-bows, as well as axe and spear throws could change the course of history and stay in people’s memory forever! Remember Robin Hood, William Tell, Styrbjorn and many others.

More than a thousand years have passed, but up to now people at the Baltic coast have kept the art of throwing axes and knives, spears, as well as bow and crossbow shooting. They are quite good even at target throwing  with nails and sows, and as for women – they can manage with a rolling pin or a frying pan right from the kitchen!

Do you think you cannot do it? Oh yes you can! Vikings started from learning how to do it, too. And a little secret is – girls are usually better at it)

Medium - Total walking distance is about 200 metres. But a lot of shooting and throwing 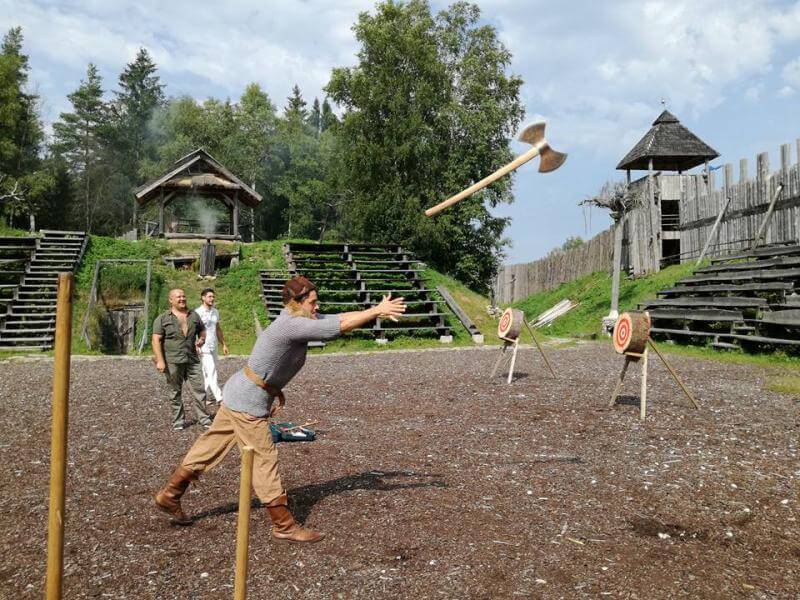 Prices (prices are per person) 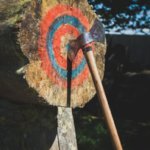 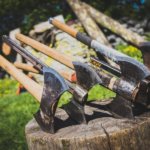 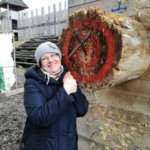 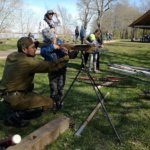 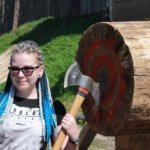 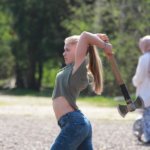 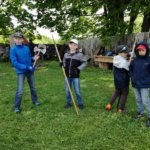 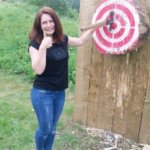 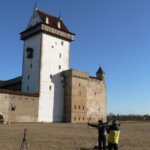 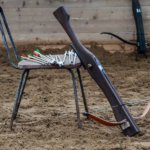 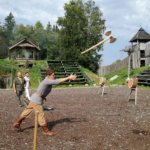 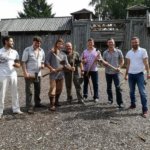 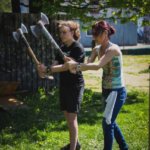 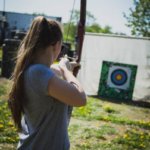 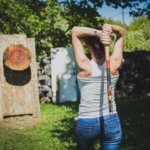 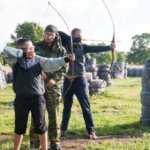 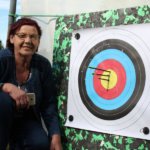 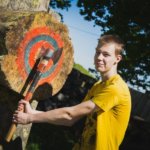 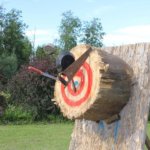